The British Classic Car Meeting St. Moritz is listed in the calendars of the following clubs as an official event.

The Rolls-Royce Enthusiasts-Club (R-R.E.C) was founded in England on 11 August 1957 by Edward Harris and other like-minded people. These enthusiasts endeavoured to safeguard the technical preservation of pre-war vehicles. As early as 1959, a spare-parts service was set up and the necessary special tools made available to club members. A regular club bulletin was published, mainly containing technical tips and tricks, services and restoration instructions.

Since 1963, the fortunes of the worldwide club have been directed by avid Rolls-Royce enthusiast, Lt. Col. Eric Barrass. Thanks to his efforts, worldwide membership has increased to around 10,000 members.

The Swiss section of the R-R.E.C.

Around 30 R-R and B owners met for the first time in 1972 and in the following year, it was decided to form a Swiss section. The founding committee consisted of the section’s initiator and long-time secretary, Matti Schumacher, first president Reto Domeniconi and Tom Brahmer, now deceased. Today the section has 566 members with 930 registered vehicles. Of these, around 40% are pre-war, 30% post-war (1946 – 1965) and around 30% later models.

The active members meet every year at 24 events both inside and outside Switzerland. The club issues its own twice-yearly publication, the Alpine Eagle, containing technical reports and articles on club activities.

As the club is open to all Rolls-Royce enthusiasts, it is also possible to become a member without owning an appropriate vehicle. 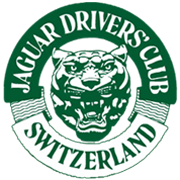 In a time when values and the perception of values are being lost, a Jaguar remains a Jaguar. The statement of the 800 active JDCS members, whose hearts are filled with enthusiasm for the traditional British make of Jaguar.

The aim is to lavish care and attention on the Jaguar make and its specific series and models, and above all to drive it. Ultimately, this involves promoting both the Jaguar make as a cultural asset worthy of preservation as well as the club life associated with it.

Since its foundation in 1976, the JDCS, now with over 800 members and almost 2000 vehicles, has grown into one of Switzerland’s largest clubs for an independent make of car. Membership is made up of an even mix of ages and social structures.

Members own a collection of the vehicle types Jaguar, Jaguar SS and Jaguar-Daimler dating from the formation of the company in 1922 to the present day. New cars are also already considered classics and just as welcome as members who are fans of the Jaguar but do not (as yet) own one. 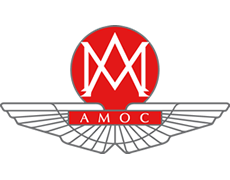 The Aston Martin Owners Club, founded in England in 1935, is the world’s oldest club for a make of car. The Swiss section followed in 1951, founded through Graf von Wurstemberger.

Today the section has 120 members with some 300 vehicles. It is doubtful whether there is any other car manufacturer with stronger communication between owner and factory than Aston Martin.

The employees and enthusiasts are confident that they belong to one large global family. Around 14,000 cars have been manufactured since 1914, of which ¾ are still on the road.

The club places great importance on knowing every vehicle and an appropriate register is available. The social aspect naturally also plays an important role and has resulted in many international friendships. 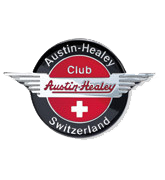 The AHCS is an organization devoted to the maintenance, care and shared enjoyment of Austin-Healey vehicles.

The club offers members support and know-how on restoration, organizes outings, events and technical workshops, offers a wide range of regalia and maintains excellent contacts with the international Healey community.

Membership is open to all owners of an Austin-Healey or another related make of vehicle (Nash, Elliott, Beutler, etc. up to 1968).

The only prerequisite is ownership of one of these vehicles.